Flirting is both an art and a science. When done well, it’s fun and serves as a path to dating. Flirting is less about coming up with catchy lines and more about using words and body language paired with a sincere interest in the other person (the flirtee, if you will).

With some practice, you’ll find that you can flirt without feeling embarrassed. Flirting is always playful and fun. It often has a vague sexual undertone, which is fine, but you have to be careful not to let it get out of hand, especially with a woman you don’t know well or you’re not in a dating relationship with.

You should never let sex be the basis of your flirtations. The prelude to flirting is almost always a glance and a smile, which leads to conversation. If you catch a woman’s eye, and she gives you a smile, it’s fine to strike up a conversation to see if it leads to mutual flirtation.

Flirting can happen when you’re engaged in conversation and you and she are able to share an “inside” joke, or a quick brush of a hand on a forearm, or a smile. Maybe it will involve a sincere compliment such as, “I don’t know how you do it, but you always brighten up a room!”

With any luck, she’ll take that as a hint to stop and talk for a few minutes. Body language – such as holding a gaze, leaning in, a touch on the arm, or a coy nod from across the room – can all be interpreted by either side as flirting.

Flirting can happen from afar, too, such as when you exchange glances during a business meeting. A quick raise of the eyebrow and a smile can say a lot. Some things to be cautious about: Not all smiles, shared jokes and laughter is flirting, and you’re going to have to discern what is and what isn’t.

This might seem tough, but it is possible to learn who’s flirting and who’s just sharing a laugh with a friend. There are intangibles that come with flirting and that’s where your intuition has to come into play.

If you don’t think you have intuition – you’re wrong. It’s not only women who are intuitive. Intuition is the same as a gut feeling. That’s all it is. If she’s looking at you from across the room and smiling, your gut will probably have something to say about whether she’s smiling at you because she likes you or because you just finished telling the funniest joke anyone’s ever heard. Try to become more aware of your gut instinct.

Another caution: It can be easy to go overboard when flirting. Things are going well and you’re on a roll. That’s no reason to make up stories about yourself that you won’t be able to back up, so be honest.

Don’t just talk about yourself, but listen to what she’s saying – actually pay attention. It will help you keep the conversation going if you’re listening and expressing sincere interest.

If you’re still confused about flirting, practice with women that you aren’t intimidated by. A little practice flirt with a female friend doesn’t mean you have to ask her out. Just get some practice giving compliments and smiles with someone who doesn’t intimidate you.

And remember, flirting is only one element of a conversation. It’s not easy or even desirable to have a long conversation filled with nothing but your best efforts at flirting. It has to give way to real talk, and then it becomes a natural part of conversation that’s thrown in once in awhile for some added fun. 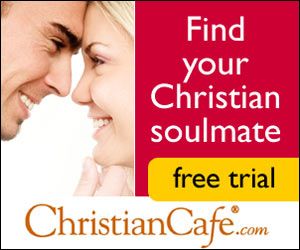